I came across the above video and thought that if someone made an anime opening to the long-running soap opera "Days of Our Lives", it would look something like that. With that lass always on the pursuit, I can imagine the monologue going like this: "Like sands through the hourglass, so are the days of our liv--MATTE!"

Lame joke aside, I liked the song that was being sampled although I could have done without the fade-in and fade-out. Anyways, it didn't take too much of a look to find out that it was based on this tune.


"Watashi Tachi wo Shinjiteite" (Keep On Believing In Us) is a track on the album "Angel Touch" (1990) by Cindy. I have nothing to say except that I have fallen for this song: hook, line and sinker. It's that combination of the light soul melody and that drum pattern plus the vocals of Cindy. This would have been a fine song for EPO to tackle but I really love Cindy's voice which is smooth but it also has that appealing faint rasp. And most certainly, the real thing is better than the sampled version. "Watashi Tachi wo Shinjiteite" was written by prolific lyricist Chinfa Kan（康珍化）and composed by Cindy and Hiroshi Narumi（鳴海寛）. It also did come out as her 4th single in June 1990 at the same time as the album.

If J-Wiki is correct, Cindy's real name is Mayumi Yamamoto（山本真裕美）and she was a singer-songwriter who debuted in 1984 with the single "Chance On Love". As a composer, she lent out her talents primarily to Miho Nakayama（中山美穂）on many of her songs. On her own, Cindy released 6 singles and 4 albums.

Sad to say, but Cindy passed away in Los Angeles in December 2001 from cancer. According to J-Wiki, the news was released by Nakayama herself on her own fan club site. 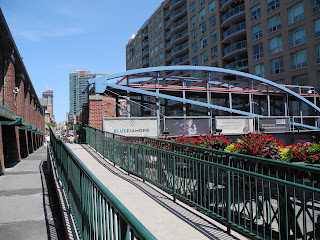