Long time, no see, Yamagata-san! The last time an article was written up about Sumiko Yamagata（やまがたすみこ）was back in January 2014 by nikala for her 2nd single "Natsu ni Nattara"（夏になったら）.

I started the other way around with my approach on the singer-songwriter from Tokyo. Because I first saw her in the annals of "Japanese City Pop", I encountered her music when she made the switch over from folk to City Pop through songs like "Moonlight Jitterbug" (ムーンライト・ジルバ) in the late 1970s. But listening to "Natsu ni Nattara" again, I realized that she had that comfortable voice for folk.

So, I went back to the beginning with her debut single "Kaze ni Fukarete Ikou" (Let's Go With The Wind At Our Backs), another breezy and summery song written and composed by Yamagata. Released in February 1973, images of kids out in the fields trying to catch butterflies with their nets materialized in my head as I listened to this comfy tune with the recorder intro which came out when she was still just 16. That high voice and her baby face made her look even younger as an elementary school student.


And that innocence was also in play in Yamagata's lyrics which reassured the listener that love doesn't have to get in the way of a friendship. Just enjoy the good times together as a best-friend duo. I wonder if that wisdom came from personal experience...then again, doesn't all wisdom?


The Miku Hatsune（初音ミク）cover has pictures of Yamagata as she grew up from a teenage folk singer-songwriter into a young and slightly more glammed-up New Music singer. "Kaze ni Fukarete Ikou" also appeared in her debut album from March 1973, "Kaze, Sora, Soshite Ai"（風・空・そして愛...Wind, Sky and then Love）.


I came across the YouTube advertising video for the "Light Mellow" CD compilation of Yamagata's works from that latter half of her career. 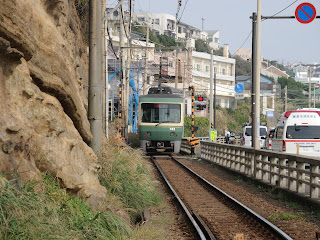