Ahhh...good to have unlocked that memory. I realized only recently that I had another Yuzo Kayama（加山雄三）song rattling around in my brain for years without my conscious mind opening it up. It just so happened that "Yozora wo Aoide" (Looking Up at the Night Sky) was a ballad that I had heard on an episode of "Sounds of Japan".

Released in October 1966, I think the original recorded version of the song is even better than the two video representations here. Written and composed by Kayama under his pen name of Kosaku Dan（弾厚作）, "Yozora wo Aoide" has that plaintive tone as the singer forlornly looks up at that starry sky but without his beloved one to count the stars with him. I think he is as much begging at the stars for her return as he is mourning his loss. Ah, such is life....and it's a pretty epic one as well with that original arrangement as I remember it with those strings and the chorus. 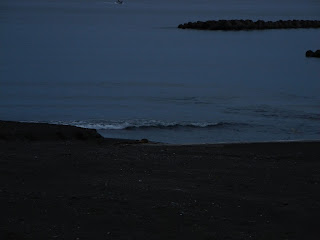