I was watching last night's "Uta Kon" (うたコン) which was going with the theme of summer love kayo. Midway during the broadcast, a couple of the younger singers appeared on stage garbed in dresses that looked like they were going to head for some major go-go dancing. So, that was the cue that I was going to listen to some good ol' 60s kayo, and sure enough, it was a song called "Taiyo ga Naiteiru" (The Sun Is Crying) by Ayumi Ishida (いしだあゆみ).


There is not a whole lot of representation by Ishida on these pages, and that's because I've only known her for that one big kayo standard "Blue Light Yokohama" (ブルーライト・ヨコハマ) which came out in December 1968. "Taiyo ga Naiteiru" was actually released about 6 months earlier as Ishida's 24th single, and more importantly, her first single after moving to Nippon Columbia from Victor since she had yet to get any hits since her debut in 1964. And the change in scenery apparently did the trick. The song became Ishida's first big hit by going as high as No. 18 on Oricon with folks such as Judy Ongg (ジュディ・オング) and Keisuke Kuwata（桑田佳祐）of Southern All Stars covering it.

Ah, here is the clip from last night's show. Well, on second thought, maybe Konomi Mori（杜このみ）and Sachiko Shiina（椎名佐千子）don't exactly look like go-go dancers. Perhaps it was just the music. And speaking of that, considering Ishida's huge mellow Mood Kayo-esque hit in "Blue Light Yokohama", "Taiyo ga Naiteiru" has got more of a bouncy Group Sounds sensibility to it. Kyohei Tsutsumi's（筒美京平）music comes off as if you can do some of those quirky 60s dance moves to it as Ishida sings the lyrics by Jun Hashimoto（橋本淳）about returning to a beach where a woman suddenly remembers a brief tryst there some time back.

The sun may have been crying in Ishida's first hit but ol' Sol will definitely be raging at us here in Toronto for the next few days, at least. Gotta a major heat wave on the horizon. 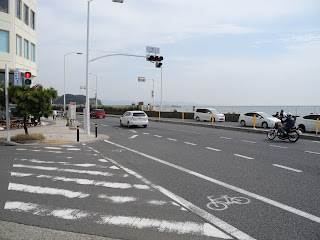