Nice to discover the latest Sing Like Talking single. One of the reasons for the band's longevity (28 years and counting) is the number of genres that they cover rather comfortably. According to J-Wiki, Chikuzen Sato（佐藤竹善）, Chiaki Fujita（藤田千章）and Tomohiko Nishimura（西村智彦）can perform straight-on pop, AOR, City Pop, funk, fusion and rock. At one point, though, I thought SLT was going a little deep on rock so I decided to let them go years ago in terms of purchasing any new albums.

However, I found out about this new single (their 38th) "Kaze ga Fuita Hi" (The Day That The Wind Blew) which was released just last month in June 2016. Created by Sato and Fujita as usual, it isn't anything revolutionary...a number of SLT tropes I've heard in previous material are in this song and the opening verse sounds like something Chris Hart has probably tackled, but for a guy like me who's been wondering for a long time how Chikuzen and the gang have been doing, hearing "Kaze ga Fuita Hi" was like meeting an old buddy after many years. He may have the same tics and adorable points but it's still great to see him all the same. The song is another comfortable and comforting ballad led by the warm vocals of Chikuzen Sato.

Not sure how well this single has done but J-Pop isn't currently in an age when SLT music is exactly going to be hitting the top of the pops but I'm sure the fans don't care. It's another nice arrow in the AOR part of their quiver and we're happy to hear them again. In an aside, I have to tip my hat to the director of the official music video above. 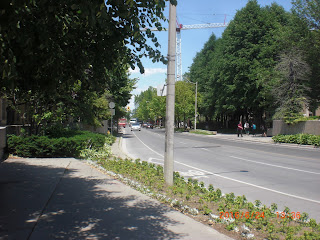