TUBE and Southern All Stars might be the masters at Japanese beach pop in the good ol' summertime but when it comes to enjoying that drink at the top of a Shinjuku skyscraper in a beer garden in the middle of the massive megalopolis that is Tokyo during that same time, you may just wanna have Toshiki Kadomatsu（角松敏生）on the speakers.

My first sentence that had aspirations to become a whole paragraph is partially due to the buzz I've gotten from listening to Kadomatsu's 8th single "Hatsukoi" (First Love)...just like the buzz from having that first mug of beer. Kadomatsu could really pull out the funk but, man, am I enjoying this one! That beat, that boppy saxophone, that plump bass and a backup chorus which sounds as if it has included Minako Yoshida（吉田美奈子）. It's all of that wonderful City Pop put into one song.


Kadomatsu's "Hatsukoi" is not to be mistaken (as if it really could) for Kozo Murashita's（村下孝蔵）wonderful "Hatsukoi" from 1983. His 8th single was released in October 1985 and although I'm not sure whether it had a place on any of his original albums, it was also released as a 12" single paired with "Snow Lady Fantasy" a month later. Hopefully, it's on one of his BEST compilations.

When I first heard the first several notes of "Hatsukoi", I thought there was a swaying gospel blues sense about it but then Kadomatsu just took the dive into the disco pool and swam several lengths like Michael Phelps. I'm not sure whether some of those Future Funksters on YouTube like Artzie Music have already sampled this song, but I'd say that this would be an ideal palette to work from. 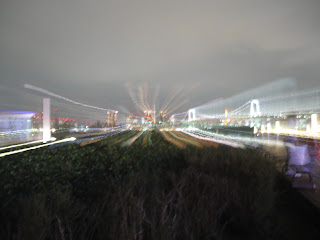