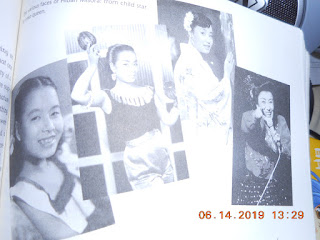 You know when the Kohaku Utagassen is fast approaching when NHK starts doing the preview special. That did occur tonight for the 70th Kohaku with announcers, performers and guests chatting about what to expect. One nifty segment was going through the 20th, 30th, 40th, 50th and 60th Kohaku highlights as we all got a look at how the music changed over the decades. I got to see old hits along with some new songs that I hadn't encountered before.


One such song is "Wakaretemo Arigato" (Though We Part, Thank You) which I'm assuming was released in 1969 since it was performed by the late Hibari Misora（美空ひばり）, who will be getting her comeback of sorts during the 70th edition on New Year's Eve, on the 20th edition in that same year. It's got one of the bluesiest saxophone solos that I've ever heard, so it's definitely a really smoky Mood Kayo.

Written by Yasuteru/Yasutoshi Miura（三浦康照）and composed by Kosho Inomata（猪俣公章）, "Wakaretemo Arigato" has got that slightly bittersweet tone (more sweet than bitter thankfully for the characters involved) as a couple decide to break up but with no regrets. Considering the genre, I would think that the parting involves drinks at their favourite watering hole followed by some cheek-to-cheek dancing. Misora herself adds to the atmosphere thanks to her vocals along with the silky strings and gentle guitar.
Posted by J-Canuck at 9:18 PM