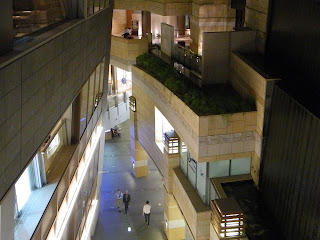 I gotta admit that "Nageki no Surrender" (Surrender to Grief) isn't exactly the happiest title for a City Pop song, but man, the melody sure does move quite a bit. Perhaps it's about the lady running away from a sudden breakup either with much sobbing or a slap in the face or even both.

"Nageki no Surrender" is a track from Naomi Sugimura's（杉村尚美）first album, "Naomi First" released in 1981. Couldn't find out the songwriters (actually, check below) but it's pretty polished with the usual frenetically delivered sax solo, cutting and soaring strings, and the Fender Rhodes putting in its two cents. I don't think Sugimura, formerly of the band Higurashi（日暮し）, is a natural fit for the genre since her voice sometimes get so breathy that I'm afraid that it might blow away, but she does hold onto the horse until that final high note.
Posted by J-Canuck at 3:15 PM