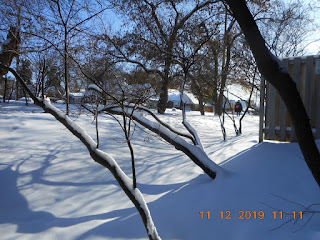 In the next day or so, Winter will arrive for another round of snow and cold temperatures. So, having said that, I'm going to hug my inner whimsy and put up another Author's Picks with the theme today being Winter tunes. My choices are only a few of a number of winter-themed songs that are on the blog, and they've already gotten their own articles, so I'll keep my comments brief. However, they don't have anything to do with Christmas (although some of them have connections with skiing).


One of the coolest Anri（杏里）songs that I have ever heard, thanks to those great horns. Initially, I thought "Snowflake no Machikado" was a jingle for some ski resort since the pastime was in the ascendant during the late 1980s. However, as it turned out, it was actually the commercial tune for a pack of cigarettes: JT SomeTime Lights, to be exact. So I gather that the white wisps coming out of people's mouths in the cold weren't just carbon dioxide.

Would you like a bit of drama with your Yuming（ユーミン）, sir? "Blizzard" was indeed used for commercials having to do with skiing and had a small appearance in a movie about the pastime decades ago. But for me, I always think of Santa Claus having an especially tough time getting his annual run of present-giving due to a snowstorm whenever I hear this one (although I know that this Author's Pick is all about winter, not Xmas). Again, the horns stand out here.


There was no way that I would put up a list on wintry J-Pop songs without including the Queen of Winters herself, Kohmi Hirose（広瀬香美）. It's a tough choice since Hirose just seemed to be all about the winter and its sports in her early singles, but ultimately I decided to go with the long title of "Gerende ga Tokeru Hodo Koi Shitai". In fact, I wouldn't be surprised if almost 25 years following the debut of this song that folks get that Pavlovian reaction and get that craving to ski.

Yup, I'm including the ancient kayo here, too, such as Yukio Hashi's（橋幸夫）haunting "Muhyou". As I mentioned in that article, it's not only a part of this winter songs list but it's also perhaps the earliest exposure that I had to a kayo kyoku in my life. Ever since I figured out what the title meant, I can't help but see all sorts of rime ice build up on the various eaves and windows. This is as moody as Mood Kayo can get.


Ahhh...nothing like a kayo about the north country. Obviously the title meaning "Snow Country" has a lot to do with it, but there is also the fact that I always saw that video for my No. 1 karaoke song and watched the trains inexorably plowing through the snowscape as they made their way up to places like Iwate and Aomori. Yup, I gotta get my enka in here, too.


Speaking of trains, I have to finish this list with a campaign song for Japan Railways, "Choo Choo Train" by ZOO. Not sure how long the skiing boom lasted in Japan, but I'm sure that it wasn't heading downwards at this point when ZOO came out with their 4th single in November 1991, just in time for the snow season. It probably was a mainstay on the ski resort speakers for a good long time to keep the citizens happy.
Posted by J-Canuck at 3:35 PM