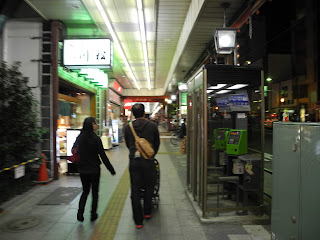 With the slow retirement of a number of established enka/Mood Kayo personalities over the last several years, I'm still happy to see veteran Takashi Hosokawa（細川たかし）still appearing on television. In fact, he appeared on the final "Uta Kon"（うたコン）of the year last week, and he was as boisterous as ever sporting that kimono that seems to have become more of his regular onscreen garb compared to the sharp suits he wore as a younger man.


It's been a number of years since I've written on a solo Hosokawa article (Noelle has been doing a fine job covering him) although two of my earlier articles on "Kayo Kyoku Plus" involved the most famous tunes by the singer, "Kita Sakaba"（北酒場）, that has become my second-most favourite karaoke song next to Ikuzo Yoshi's（吉幾三）"Yukiguni"（雪国）, and his debut single "Kokoro Nokori"（心のこり）.

So, on that note, going into the Hosokawa time vaults, I've found his second single "Miren Gokoro" (A Heart That Still Has Feelings) which was released in September 1975, exactly 5 months following the release of "Kokoro Nokori". Written by Rei Nakanishi（なかにし礼）and composed by Taiji Nakamura（中村泰士）, the melody is familiar to me; perhaps Hosokawa sang it on an episode of "Uta Kon" or I've heard it at karaoke somewhere sometime. In any case, I do love that soprano saxophone, the strings and the singer's brisk delivery of a fellow whose heart still has some lingering emotions for an old flame in a northern town.


For some strange reason, in his performance on "Yoru no Hit Studio"（夜のヒットスタジオ）above, the composer has been listed as Jun Suzuki（鈴木淳）although other kayo kyoku sites have confirmed Nakamura as the man behind the melody, and under Suzuki's J-Wiki bio, there's no mention of any contribution to "Miren Gokoro". In any case, I like the horns replacing the sax in the TV versions....gives that extra urban edge. Couldn't find out how it did on Oricon, but after "Kokoro Nokori", it must have done pretty well. I think it's a pretty boss enka/Mood Kayo and I couldn't imagine it finishing outside of the Top 100 on the weeklies.
Posted by J-Canuck at 3:30 PM