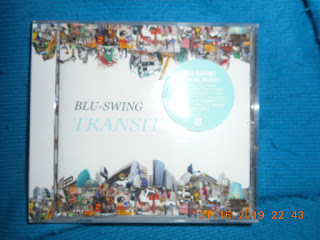 Took me a while but I eventually did get my copy of BLU-SWING's November 2013 album "Transit" after listening to one of the tracks, the kakkoii "Sunset", and of course, having first being enamored by the title track from their 2015 album "FLASH". 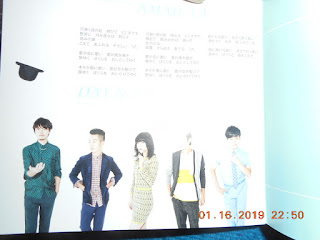 One of the distinctly and deliciously intriguing/frustrating characteristics of this group is that from song to song, it has been difficult to pin down an exact genre. Even now, having listened to "Sunset" again after having written about it, I'm still having second thoughts about how to categorize this particular one. I initially put it down as a neo-City Pop and R&B tune but I'm wondering whether I should even throw in some jazz and Latin in there, too. Indeed, BLU-SWING has been placed as a band for jazz, City Pop and club music. However, I think now that those are perhaps starting points.


And that's how I've been feeling about "Transit". From song to song, I get all sorts of different flavours, although they have a certain main genre. The first track "Fly High" (actually, this is a remix version compared to the album version on "Transit") triggers the party right off the bat with that mix of club and Latin and even a bit of spaciness, as if Space Dandy had docked at some sort of Rio-themed space station orbiting the Moon.


Before going further, I have to add that the silky vocals of Yuri Tanaka（田中裕梨）are the glue that brings every song together but BLU-SWING swings thanks to all of the band members and all of those wonderful horns. Another case in point is "Like We're Lovers", a breezy romantic tour that has a similar feeling to "Fly High".


The one especially interesting track is "Freak The Funk" at 11:23 in the above video for the whole album. I actually had to listen to a few times before I finally "got" it. Bootie Brown of the American alternative hip-hop group The Pharcyde and Christina Eva are the guest vocals here and I think Tanaka is helping out on backup. Perhaps the reason that I hadn't quite accepted it at first is because it just sounds like a song that is outside of BLU-SWING's range. However, the cool factor gradually seeped through with the beats and the groove.

"Are You Still Mine" at 19:43 is actually a couple of songs down from "Freak The Funk" but the melody sounds like a natural progression from that earlier track with Tanaka returning as the main vocalist. The song tends to take things closer to a pop ballad with hints of the 70s or 80s.

My final contribution here is "Amaiuta" at 37:30 which translates into "Sweet Song", and it has that hint of a jazz torch song brought over from the 1950s and arranged for the 21st century. Tanaka's sweet vocals really resonate here especially when she begins each verse. It could almost be something of a lullaby. I really like the combination of the Latin guitar and the shimmering strings that sound as if they could have been part of a Nelson Riddle arrangement. 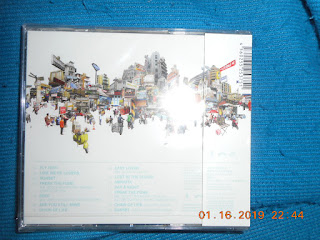 I don't know how BLU-SWING came up with the album title of "Transit", but it may indicate a very pleasant musical ride across the urban music landscape with no signal delays or overcrowding or potential fare hikes (et tu, TTC?). As well, I've heard that the band released their 10th anniversary BEST album earlier in the year, so I gotta get that one soon since it has the amazing "Flash" ("Flash" the album is still not available). I think this band has been one of those underrated gems in Japanese pop music.
Posted by J-Canuck at 9:00 PM