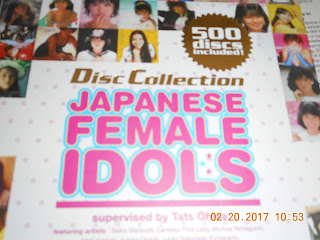 Miho Morikawa（森川美穂）isn't a singer that I have covered a lot but my impression had always been based on her "Blue Water", the theme for the NHK anime "Fushigi Umi no Nadia"（ふしぎの海のナディア）, and I think for that article, I compared her to power pop specialists such as Kahoru Kohiruimaki（小比類巻かほる）and Mariko Nagai（永井真理子）.


Little did I know that half a decade earlier, Morikawa had debuted as a typically high-voiced aidoru of the mid-1980s. But that was indeed the case with her first single "Kyoshitsu" (The Classroom) released in July 1985. Certainly from that music video above, I would never have recognized this lass as Morikawa of 1990 who looked more like a happy-go-lucky rock singer with long wavy tresses according to one album that I have of hers.

"Kyoshitsu", which was written by Kazuya Senke（千家和也）and composed by Minoru Komorita（小森田実）, is one of those bittersweet tunes of parting-is-sweet-sorrow themes, as a high school girl, who for some mysterious reason can no longer attend the same school as the target of her affections, makes one final trip to his desk to plant a kiss there before leaving forever. Ah, seishun! It's a short-but-sweet number that probably didn't make Morikawa an overnight sensation but it didn't too badly on Oricon, placing in at No. 38.