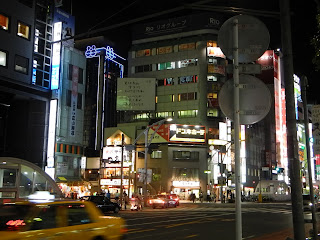 Dang, I first mentioned this song over 5 years ago when I wrote about the title track from Junko Yagami's（八神純子）February 1983 album "Lonely Girl". And yet, it's taken that long to finally type about "Yozora no Earring" (Night Sky Earring).😅


I'd probably blow an existential fuse on the oversight so I'll just set that unfathomable error aside. "Yozora no Earring" is another wonderful paean by Yagami to the genre of City Pop with the snazzy horns, the mellow keyboards and the syn-drum claps. The singer herself was responsible for the melody arranged by Ichizo Seo（瀬尾一三）.

The lyrics are from veteran Yoshiko Miura（三浦徳子）and they talk about that couple in love painting the town red and perhaps making an early exit from a party. I wouldn't classify "Yozora no Earring" as an Xmas tune per se but considering the party atmosphere of a typical Japanese Yuletide season, I could envision the tune as some nice background for a grand night out in December (although "Lonely Girl" was released early in the year). In any case, it's another grand tune by Yagami during her City Pop phase.

Would love to get "Lonely Girl" but it's darn scarce for us mortals. Plus, Amazon is selling it, but starting from the nosebleed cost of 9,800 yen! I'd say that it may be a rather lonely album.
Posted by J-Canuck at 12:05 PM