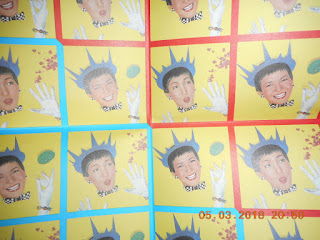 Going for a fourth and final article tonight since while I was listening to Rocket Brown's inaugural City Pop podcast, I got to hear a real cookin' song by Junko Ohashi（大橋純子）that I hadn't heard before. And that's because despite possessing a number of her albums, I still have yet to get the originating album for this tune, "Full House" from 1979 which was another collaboration between her and Minoya Central Station（美乃家セントラル・ステイション ）.


Now to connect this article with the other two song articles that I wrote about today, it seems that without meaning to, I ended up penning about encouraging and hopeful songs in the 80s pop/rock and Shibuya-kei vein. Well, listening to this Ohashi treat tonight, I realized that her "Yume wo Miyou yo" (Let's Dream Together) is also similarly so but on a City Pop level.

I had been wondering about doing another Ohashi article for a while so it was great that I could hear this on Jerry's broadcast tonight. With lyrics by the singer herself and music by Kenjiro Oda（小田健二郎）, this is one funky strut of optimism as Junko chastises everyone for getting so cynical and down in the dumps and tells them to get their chins up and work for their dreams. Her amazing vocals, the horns and bass are more than willing to give a hand in the endeavour. It's a short song but "Yume wo Miyou yo" is the track that starts off "Full House" and it's a good choice.

Hope that Ohashi has recovered or is recovering well from her illness.
Posted by J-Canuck at 10:14 PM