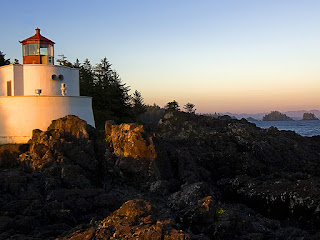 Welcome to October! I think we broke some records in the temperature department today since we rose up to about 31 degrees C...yep, definitely not autumn, although the previous two days were very much so, and tomorrow we get back to the proper season by having a mere high of 19 degrees C. Such is the weather in Toronto.


A couple of weeks ago, thanks to YouTuber Marty McFlies v2, I found out this cover version of Hiroshi Kamayatsu's（かまやつひろし）original wistful bossa-dipped "Hatachi no Koro"（ニ十才の頃）done up in a sweet synthpop style by the outfit Light House, a side project by Bread & Butter's vocalist Satsuya Iwasawa（岩沢幸矢）along with his wife, MANNA. The song was a track on one of two albums by Light House, "A-bec" released in 1984.

I shared some friendly correspondence with Marty on who the various players involved with Light House, after which he posted the whole of "A-bec". And so, intrigued by "Hatachi no Koro", I've decided to take an aural gander of this release. Now, as the album plays out above, there are shots of the album in which it's not just the Iwasawas but also one other couple as they pretend to be the most well-laundered New Romantic artists that I've ever seen. According to Marty's description under the video, their names are Ken and Maki Yajima (not sure if the couples get together weekly for Bridge Night), and perhaps they also have their time behind the mike.

At this point, I've only had the one pass of "A-bec", but my impression is that what Light House had intended was to create an eclectic mix of synth-jazz and technopop. This would be something different for at least Satsuya Iwasawa who had started out in Bread & Butter as a folk singer in the late 1960s before gradually going into the City Pop/AOR stylings about a decade later. Anyways, let me get into some of the tracks.

Track 1 is "Opening - Coney Island Monogatari"（コニーアイランド物語...Coney Island Story）. So there's a proud Hollywood-like intro with timpani before we get greeted with some big band synths and happy singing courtesy of MANNA and Satsuya. I immediately thought of other singers who were into the jazz out of Tatooine at the time such as Harumi Ohzora（大空はるみ）and Masae Ohno（大野方栄）. In fact, I'd assumed that it was Ohno who was the vocalist for the album before I was set straight.

At 3:51 is "Uwasa no Make Love Samba"（うわさの Make Love Samba...The Rumoured Make Love Samba）. To be honest, I'm not sure if this is something that would be ideal for knocking boots unless the people involved had ingested multiple cans of Red Bull and were ready for high-speed lovemaking. It's pretty darn comical, almost to the point that I could even imagine this as a theme song for a rom-com anime. The other observation is that I guess the songwriters had also enjoyed playing with the 80s dance remix tricks along with the Latin rhythm.

"Living In Your Eyes" at 15:32 is another duet with the Iwasawas. I do like this one for the fact that the technopop is toned down while the light and mellow aspects are raised up. This does sound like a nice radio-friendly 1980s pop ballad. There's something fairly slow jam/Quiet Storm here.

"Highway Ni-juu-go-ji"（ハイウェイ２５時...Highway 1 am）at 27:14 is a cool tune that rides like a car on the city highway as the driver partially thinks of the movie "Tron". That underlying rumbling synth is the engine that keeps the auto running.

Finally at 30:47 is "Day Break". Both this ending track at one site that I can't seem to find anymore and "Highway Ni-juu-go-ji" at Raregroove have been described as examples of  "Barealic Pop". I had no idea about what that sort of music was about so after looking it up at Wikipedia, I found that there were variants of the genre: dance music that first became popularized on the Balearic island of Ibiza off the eastern coast of Spain (and yep, Raregroove probably did get the spelling wrong) and a form of chillout music. "Day Break" is definitely more of the latter and a nice way to finish this intriguing album. Perhaps the party-hearty crowd is just finally getting ready for bed after a long night...as the sun rises.

"A-bec"...quite a nice album. Some songs had me at "Hello" while some other tracks will probably grow on me over time.
Posted by J-Canuck at 9:44 PM