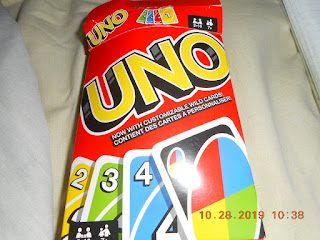 Happy Monday! I've certainly played my share of board games during my life. During some of my childhood, there was a weekly nightly programme for the local children to play those games down in the basement of our apartment building. Never showed much aptitude for games but I did enjoy UNO, Mille Bornes, Monopoly and Sorry.


So, some of those memories have returned on watching this anime at my friend's place over the past few weeks. "Hokago Saikoro Club"（放課後さいころ倶楽部...After School Dice Club）is a slice-of-life show about high school kids developing their friendships and knowledge about various games from around the world. Mille Bornes has yet to show up, but I've already garnered some interest in the ones that have appeared such as Marrakech and 6 Nimmt!


One of the seiyuu involved in "Hokago" is Miyu Tomita（富田美憂）, also currently in the wackier "Boku-tachi wa Benkyou ga Dekinai"（ぼくたちは勉強ができない）, as the fairly serious but game-loving Midori Ono（大野翠）. "Hokago" has got its share of humour but I'd say that it has more in the way of poignancy and life lessons. And for the first time on "Kayo Kyoku Plus", she's got her own solo theme song for an anime with this one, "Present Moment" which is apparently going to be her first official single to be released on November 13th this year.

Can't really say that it's an earworm but since it's a pleasant enough song and I've had a good time with the show, I decided to put it up here. "Present Moment" was written by Mayumi Kaneko（金子麻友美）and composed by Shuhei Mutsuki（睦月周平）. I've been seeing Tomita for a while in various anime for the past couple of years and so I'm surprised to hear that she hasn't even reached the age of 20 yet!
Posted by J-Canuck at 3:02 PM