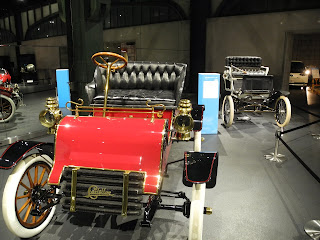 For a long time, I've known that TV networks can be a little antsy when it comes to television shows from other networks being mentioned on their own network. I often heard NBC late-night talk show legend Johnny Carson whenever he was introducing a guest whose hit program was airing on ABC or CBS that the guest was appearing on "...a show from another network.". But that was then and it looks like the restrictions, so to speak, have been loosened considerably since those days.

I read somewhere that on the Japanese national broadcaster NHK some years ago, there was once a brief situation on the weekday morning show "Asaichi"（あさイチ）when a tarento blurted out the name of a particular company not once but twice which had the NHK announcer openly but mildly chastise the guest to not state specific company names. Not sure what the tarento's reaction was but I did not-so-seriously wonder after the broadcast whether he/she was taken into an empty meeting room and then soundly chewed out by the announcer or even his/her manager.

At least one kayo did come under the scrutiny of The Japan Commercial Broadcasters Association (JCBA), and that was Akira Kobayashi's（小林旭）"Jidousha Show Uta" (The Automobile Song) that had been released in October 1964 as the singer/actor's 53rd single. A big hit for Kobayashi, lyricist Tetsuro Hoshino（星野哲郎）and composer Gendai Kano（叶弦大）, the song was one big string of puns on the variety of car brands in existence in Japan and other countries. The first verse alone threw shoutouts to Toyota, Nissan, Packard, Chevrolet, the Toyota Crown, Jaguar, Ford and Citroen (later changed to the Toyota Corona).

The fact that the Citroen was mentioned in the first version of "Jidousha Show Uta" had the JCBA up in arms so that music censorship laws were put into play resulting in the prohibition of the song performed on TV, including NHK. It got to the point where the Citroen was banished from the lyrics and replaced by the Corona in later releases of the single.

However, I gather that NHK and the other stations have mellowed out considerably since those stricter times since every other YouTube video that I've seen of Kobayashi performing on a TV show has had the man sing pretty much the entirety of "Jidousha Show Uta" with the subtitles showing the lyrics to boot. Besides, it's a catchy little kayo mixing in some festival and comical elements into the arrangements.

I've also noticed that "Jidousha Show Uta" has been covered by a number of other singers over the decades including enka singer Sayuri Ishikawa（石川さゆり）. I don't know when this version came out but her take seems to be going for some 60s rock n' roll and funk and ska.