Last month, when scouring the net in search of Yoko Oginome’s music videos, I stumbled upon a very unique upload on YouTube. Some kind soul put up a laserdisc rip of a 40-minute video special all about Yoko. 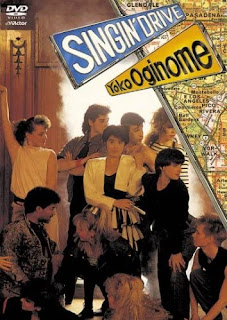 Japanese artists promoting themselves via laserdisc format was not an uncommon thing in the 1980s. For example, Meiko Nakahara (中原 めいこ) released her MeikoTV video, whereas WINK duo issued the recording of their first live concert Shining Star ~ Dreamy Concert Tour. Let’s take a look at how Yoko’s video holds up today.

The special starts off with an instrumental version of "Born to Dance" song. We see Yoko practicing in a dance room with supporting dancers. Just from the intro alone you get Dirty Dancing/Time of My Life vibes. 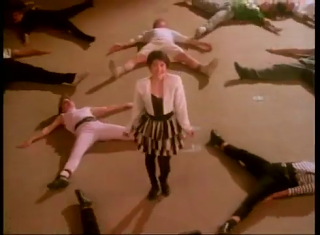 Next, we move on to "Stranger Tonight" music video, my all-time favorite Yoko’s song which can be found on her album CD-RIDER. If you have access to Oginome-san’s official YouTube channel, then you have seen the music vid already, but the laserdisc version has much better color grading. I absolutely love the dynamic beats of this song and Yoko’s energetic grooves.

After "Stranger Tonight," we get a short vignette in which a pop artist Andre Miripolsky paints a special collage for Yoko (with "Melting Point" song playing in the background). In this brief scene, we can see that Yoko more or less understands English but resorts to using Japanese when communicating. Then, the "Dancing Hero" MV hits the screen, which basically presents Yoko having fun in America. One can easily spot that some of the shots were guerilla filmmaking as the passersby were quite surprised to see Oginome-san goofing around in the middle of a street. 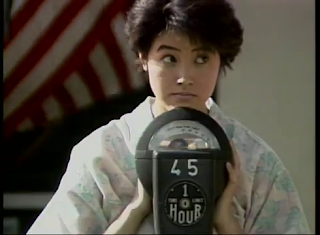 Next, we proceed to another vignette in which Yoko exercises her lung capacity and also talks about relaxation techniques. This segment is accompanied by yet another compilation of dancing practice.

Subsequent music video is a very stylish take on the super catchy "素敵にFade Away" song. Basically, Yoko is having the time of her life in a cruising cabriolet. I only wish that this particular MV could have been longer. 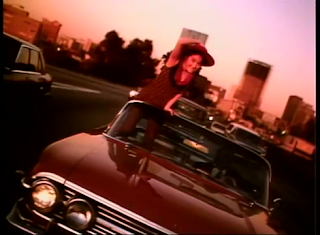 The vignette that follows is probably the most unnerving part of the whole laserdisc special. For roughly 3 minutes and 30 seconds there is dead air (absolutely no sound and music) coupled with a compilation of either photo stills or Yoko walking aimlessly in slow motion. The more this section lasted, the more awkward it seemed. “Is this like a special intermission for stan creeps?” I thought to myself while watching it.

After this strange moment, Miripolsky returns and we see Yoko performing "Roppongi Junjouha" (六本木純情派) against the background made out of the artist’s paintings. Interestingly, in this MV, the supporting dancers give Yoko a cake, the top layer of which is recreation of POP GROOVER album art. 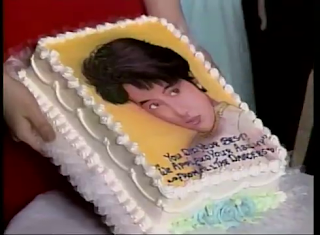 For the final part of the special, Yoko gives an interview in Japanese and there is a behind-the-scenes footage from the set of "Stranger Tonight." It is a pleasure to see how the filmmakers were setting up alternative intros and dance numbers. Yoko herself seemed very down-to-earth on the set, yet very kind as well, giving autographs to fellow crewmembers and dancers.

This was my look at Yoko Oginome’s Singin’ Drive. The laserdisc special has a few great music videos, but it would have been better without the vignettes. Overall, it is a fun ride.

Note: The cover is a scan of a DVD release from Amazon. I could not find the original laserdisc cover photo in a good quality. In addition, please make sure to hit the hyperlinks which send to specific segments of the video.