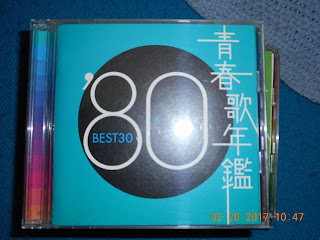 As I mentioned in this week's ROY article for The Buggles, NASA and its fans are celebrating a return to the Red Planet thanks to the arrival of the Perseverance Rover earlier today. Putting the term perseverance into Jisho.org, I found the Japanese word gaman（我慢）, and so just out of a sense of whimsy, I wanted to see if I could find a kayo with that word in the title.

It didn't take me long to find this particular Mood Kayo by Toshi Ito and Happy & Blue（敏いとうとハッピー＆ブルー）, a group that had great success with its "Yoseba Ii Noni" (よせばいいのに) , its 15th single released in June 1979. The following single, "Gaman Dekinai wa" (Can't Stand It Anymore), was a February 1980 release, and yes I know, this is actually showing someone who is no longer able to persevere, but hey, I only said that I wanted to find gaman in the title. I didn't state that negatives weren't allowed in my search parameters.

Written and composed by the same songwriter behind "Yoseba Ii Noni", Hiroshi Miura (三浦弘) , this particular Mood Kayo number is rather pensive as a woman is basically chewing on her handkerchief in frustration after pining for that certain someone for two years with no positive results. As the title indicates, she is at her wit's end, and ready to give up the fight. Plenty of fish in the sea, I'm sure, though. What prevents the song from going totally maudlin is the arranger's (perhaps Miura) jaunty approach to the song to the point that it even sounds a bit comical.