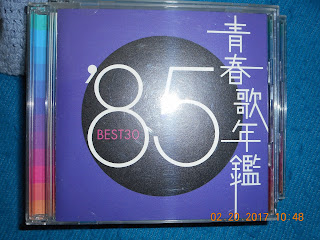 For fans of the Group Sounds band The Golden Cups（ザ・ゴールデン・カップス）, last September was probably a very sad month because on the 1st, drummer/vocalist Mamoru Manu（マモル・マヌー）passed away at the age of 71. Then a few weeks later on the 26th, bassist Louise-Louis Kabe（ルイズルイス加部）died also at 71.

Louise-Louis was also known by his real name Masayoshi Kabe（加部正義）, a half-French and half-Japanese musician from Yokohama. After his time with The Golden Cups, he worked as a studio musician and then joined up with multiple bands including the rock group Speed, Glue & Shinki and then Pink Cloud in 1978 which included the guitarist/singer Char among its ranks, according to his bio on Wikipedia.

His J-Wiki article doesn't provide any discography but in 1985, he released a solo album called "Compound" and from it, here is "Sounds Like Fun". According to the Discogs page for the album, the song was written and composed by Matthew Zalewski Jr. and it's got quite the pop to it which is how I'm categorizing it. It's got elements of rock and City Pop (maybe even some New Wave) in there and has some of that Hiroshi Sato（佐藤博）energy as well, but I think overall it's a fairly uptempo 80s pop song. For some reason, I think the late Robert Palmer would have been another fine singer to perform this one.