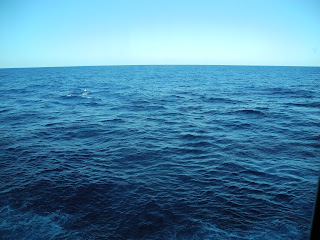 When it comes to the works of enka singer Aya Shimazu（島津亜矢）on "Kayo Kyoku Plus", we've often brought her to articles where she has covered songs of the original singers.

Therefore, it's nice when we can cover a song that is one of her own, and that is the case of her 13th single "Uminari no Uta" (The Song of the Sounds of the Sea) released in June 1995. Enka is the one genre where having plenty of emotion on one's sleeve is pretty much a requirement, and I think Shimazu has one of those voices which can literally roar across the vocal spectrum.

Created by legends, lyricist Tetsuro Hoshino（星野哲郎）and composer Toru Funamura（船村徹）, Shimazu can plumb the smoky depths of her voice and then bring it all the way up to the ear-ringing heights. Hoshino's lyrics contain a few kanji that I'm not too cognizant of, but from what I could interpret of them, it reads like a most epic account of a seaside-residing fishing family through the generations. Those proud horns and electric guitar complete the effect.

Come to think of it, Hoshino and Funamura did create the classic "Kyodai Bune"（兄弟船）for Ichiro Toba（鳥羽一郎）many years earlier, and it's the account of fishing brothers fighting the elements to get their catch for the family.