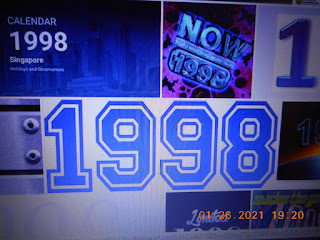 As the end of the 1990s was approaching, I'd already had a sense that the Komuro Boom was abating as J-R&B was starting to rise even further and vocalist/producer Tsunku（つんく）was helping in bringing back aidoru through his own Hello Project.

Still, producer Tetsuya Komuro（小室哲哉）was still coming out with songs through his cadre of singers as late as 1998 such as tohko. Then, there was 14-year-old Leika Miku（未来玲可）. My memories of her were buried deep in my head but when I rediscovered her "Umi to Anata no Monogatari" (The Story of the Sea and You), I kinda went "Oh yeah! I remember this one!".

I'm pretty sure that a lot of people in Japan may react in the same way on seeing this article because "Umi to Anata no Monogatari" was Miku's first and last single released in November 1998. But for a while, this song was being played everywhere as it went Gold (selling more than 300,000 copies and peaking at No. 7 on the charts) and as it was being used as the theme song for the Fuji-TV drama "Jinbē"（じんべえ）, an adaptation from the original manga by Mitsuru Adachi（あだち充）, the same author behind "Miyuki"（みゆき）and "Touch"（タッチ）. The original manga and live-action romance drama dealt with a worker at an aquarium and his step-daughter which would explain the whale song in the intro for the song.

Miku's sole album, "Umi to Anata no Monogatari-tachi"（海とあなたの物語たち...Stories of the Sea and You） was released in March 1999, and it rose up to No. 26. Komuro and his bandmate from Globe, Marc Panther, wrote the lyrics while the former was responsible for the music.

However, that was all she wrote for her career. According to J-Wiki, after about 4 months, she decided to quit entertainment, and there were rumoured reasons such as her school having a rather strict attitude in terms of its students being involved in the geinokai, Miku's desire to focus on academics instead, and the observation that her appearance on "Music Station" (which might be the above video) had her so nerve-wracked that she was slightly off-tune which drained her of any self-confidence in a career in music. But up to this point, there has been no clear explanation. Since her departure, she has basically disappeared from public view.