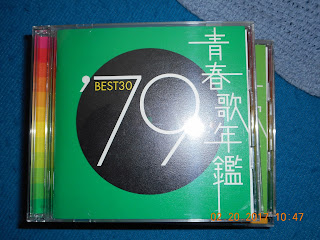 Often within the grand sphere of kayo kyoku, there are those songs that deal with heartbreak and the need for some change in scenery, accomplished through travel. Off the top of my head, there is the example of Sayuri Ishikawa's（石川さゆり）"Tsugaru Kaikyo Fuyu Geshiki" （津軽海峡・冬景色）in which the protagonist leaves for her old hometown in Hokkaido after breaking up with her boyfriend in Tokyo.

Well, singer-songwriter Masaki Niwa（丹羽応樹）has come up with a similarly-toned song but it's not an enka and the message of love gone wrong isn't quite as intense in this one.

This is "Le Ladies Hotel" which is essentially the title track from her 1979 album "Ladies Hotel"（レディース・ホテル）. With music and arrangement by Niwa and lyrics by Mieko Arima（有馬三恵子）, the song isn't so much about a geographical area but a specific special hotel somewhere where women who are suffering from the romantic blues can go, relax and recover. I'm assuming that the place has a really good restaurant, bar and an onsen.

As I mentioned, this isn't an enka at all and in fact I would posit that this is more of a New Music tune with a folksy French twist (the French article in the title pretty much bonks that theory right into my head). I actually got some Mayumi Itsuwa（五輪真弓）vibes from listening to it. Moreover, it doesn't really sound very maudlin. Instead, it just comes across as worthy of a sigh and one "C'est la vie!" after checking in at the hotel and then immediately enjoying the fancy amenities that such an establishment would offer.